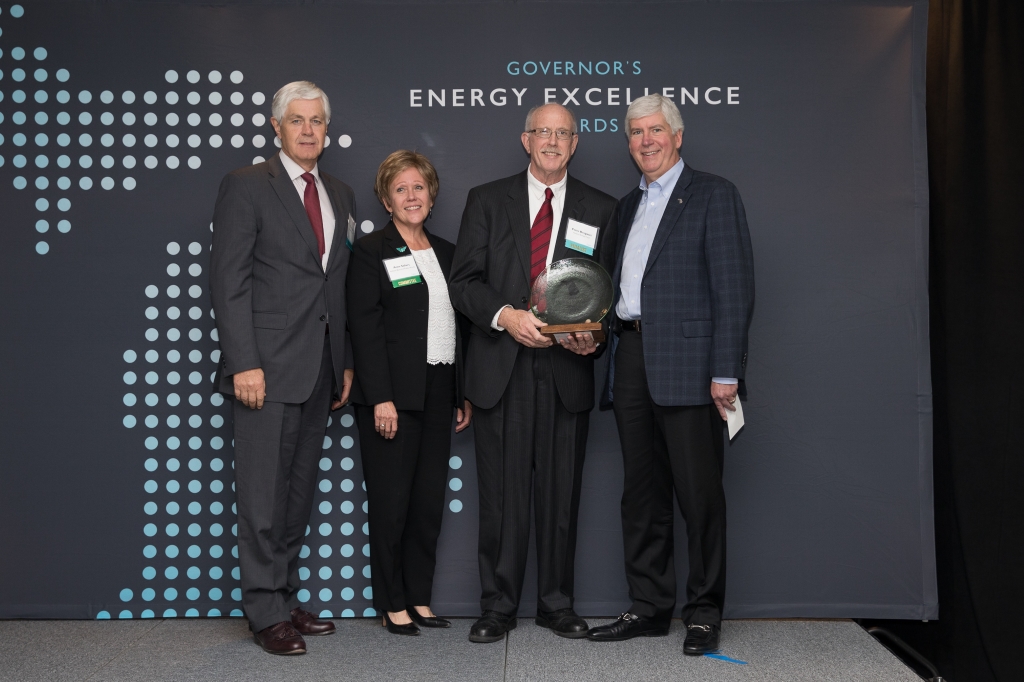 The Holland Energy Fund is a non-profit corporation that supports Holland’s long-range Community Energy Plan, was recognized as “Innovator of the Year” at the Governor’s Energy Excellence Awards (GEEA) for its energy waste reduction achievements. Holland Energy Fund was one of eight winners announced by the Governor Rick Snyder and honored at a ceremony in Detroit on October 19.